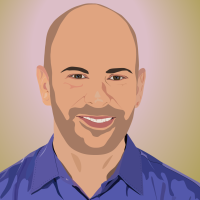 Los Angeles — June 1, 2021 — Today, TrueVote announced they have formally launched their company with the intention to build solutions to enable the world to vote on their mobile devices securely and tamper-free.

Traditional voting systems don’t allow voters to know if the aggregate total included their vote. Voters either mail-in their ballot or submit it in person and cannot know for certain that their vote(s) were properly handled by officials and included in the final tally. Once out of their hands, the ballot is effectively a black hole of mystery.

TrueVote promises transparent data and de-coupling voter-identifying information with the actual ballot. Only the creator of the ballot entries can confirm it’s their ballot, which is linked back to them through a public “Ballot Explorer”. and a checksum of all voting data serialized and hashed into a cryptographic pattern known as a “Merkle Root”. The Merkle Root is stored periodically on the Bitcoin blockchain, effectively “stamping” the election data as permanent at a given time and ensuring it’s completely tamper-proof and “immutable”.

TrueVote outlines the process and approach in their white paper, published today on their web site at https://truevote.org.

TrueVote is building the entire core engine and mobile apps as open source, allowing the community to view and contribute to the project. They intend on having a minimal viable product (MVP) complete by the end of 2021.

“We shop, we bank, we share, and we even find love on the internet through our devices. Our analog voting systems are obsolete, and it’s about time they’re replaced. It’s something I’ve been thinking about for many years and am excited to build a company around combining my passion for mobile innovation with my passion for Bitcoin”, said Brett Morrison, CEO at TrueVote.

TrueVote lists Global Election Services (GES) as a strategic partner. GES has been active in the public and private elections industry since 1981 and is planning to take the TrueVote software to their customers as it’s developed.

Brett Morrison and Ped Hasid are the co-founders of TrueVote.

Brett is a seasoned Technology Entrepreneur and Engineer with an education in Computer Science. He built Onestop, a successful full-service e-commerce company, from 2003-2018. He was also a Director at SpaceX, an early pioneer in the CRM space, and launched one of the first photo sharing web sites, ememories.com, during the first “dot-com” boom.

Ped is a serial entrepreneur and founder in Technology and Finance, having launched numerous successful projects in the B2B and Crypto-Blockchain space. Ped currently serves on the executive boards of Tantra Labs, Block26, and Airbitz Inc (Edge Wallet).

TrueVote intends on building the product with internationalization and multi-lingual capability from inception and is looking beyond just the United States to bring secure electronic elections to voters worldwide.